PRAISE FOR THE TIGER'S WIFE

"Not only beautifully written and imagined, but immensely moving...A book about storytelling and its power to enchant...[A] truly marvelous and memorable first novel."
—Charles Simic, The New York Review of Books

"It’s not so much magical realism in the tradition of Gabriel García Márquez or Günter Grass as it is an extraordinarily limber exploration of allegory and myth making and the ways in which narratives reveal — and reflect back — the identities of individuals and communities: their dreams, fears, sympathies and hatreds." 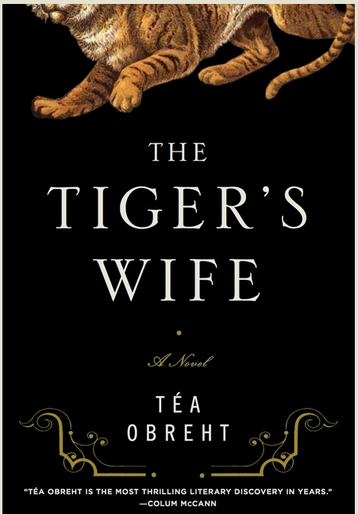 "Filled with astonishing immediacy and presence, fleshed out with detail that seems firsthand, The Tiger’s Wife is all the more remarkable for being the product not of observation but of imagination."

[Obreht] has a talent for subtle plotting that eludes most writers twice her age, and her descriptive powers suggest a kind of channeled genius.
—Ron Charles, The Washington Post

"In Obreht's expert hands, the novel's mythology, while rooted in a foreign world, comes to be somehow familiar, like the dark fairy tales of our own youth, the kind that spooked us into reading them again and again."

"So rich with themes of love, legends and mortality that every novel that comes out after it this year is in peril of falling short in comparison with its uncanny beauty."

WINNER OF THE ORANGE PRIZE FOR FICTION

SELECTED ONE OF THE TOP 10 BOOKS OF THE YEAR BY Michiko Kakutani, The New York Times • Entertainment Weekly • The Christian Science Monitor • The Kansas City Star • Library Journal

In a Balkan country mending from war, Natalia, a young doctor, is compelled to unravel the mysterious circumstances surrounding her beloved grandfather’s recent death. Searching for clues, she turns to his worn copy of The Jungle Book and the stories he told her of his encounters over the years with “the deathless man.” But most extraordinary of all is the story her grandfather never told her—the legend of the tiger’s wife.